What is the CEO of a company as big as Tesla doing filing a trademark application for Tequila?

Tesla CEO Elon Musk has filed for a trademark application on the word “Teslaquila”.

This comes from an April Fool’s tweet, which you can see below:

Until a few weeks ago, there had been no other mention of the Tesla-branded liquor.  On October 8, 2018, however, Tesla filed to trademark “Teslaquila” on an intent-to-use basis.

that the applicant for a filed-for trademark has not used the mark yet, but would like to start the process for trademark protection while they prepare to launch the mark or to make sure that they might receive a trademark registration in the future before they invest the time and money that usually goes into building a new brand.

While some may think it odd that a car company might launch a tequila, stranger things have happened.  What’s a tequila company to a person who has his hand in 3-4 different ventures at any given moment?

The obvious conflict of a vehicle manufacturer such as Tesla building its own tequila empire will raise a few eyebrows… But then again, maybe this is their way of marketing the inevitable self-driving function of their luxury cars.
Should it happen that Tesla files for another trademark application as interesting as this, we’ll be all ears.

Tesla released its “Tesla Tequila” for sale in November 2020.  The bottle did not don the “Teslaquila” trademark, likely because Tesla abandoned the application earlier in 2020.  This did not stop Elon from adding a price tag in line with the Tesla brand, with a standard 750 ml bottle costing $250. 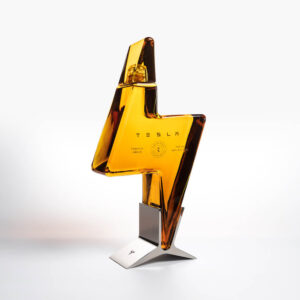 This article was prepared and written by Abbie Cook, one of WD’s current Research Apprentices.

Standard, hopefully familiar-sounding, disclaimer:  Any opinions expressed here are of the writer’s.  Any information provided is for educational or informative purposes only and are not intended as legal advice.