No Sesame, No Success.

“No Sesame. All Street.”  Does that tagline conjure any associations for you?

Sesame Workshop, the creators of Sesame Street, recently sued the producers of the new Melissa McCarthy movie “The Happytime Murders” for trademark infringement based on its tagline. 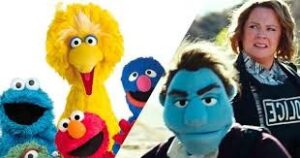 Sesame Workshop, founder of the famous children’s show “Sesame Street,” filed a lawsuit in federal court in New York against STX Productions over use of its trademark in a movie trailer.

Sesame Street is a registered trademark of Sesame Workshop and the organization’s message is “helping kids grow smarter, stronger and kinder.” Sesame Workshop claims that the movie trailer for the Happytime Murders uses the Sesame Street brand without authorization due to the line “No Sesame. All street.”

The purpose of a trademark is to designate the source of a good or service, in other words, it helps distinguish one company from another. Because the purpose of trademarks is to distinguish between goods, the major point of an infringement action is whether there is a likelihood of confusion between two marks.  In this case, Sesame is worried that people will mistakenly believe that Sesame Workshop has endorsed the movie and made a claim for consumer confusion.

Consumer confusion is where consumers are confused about the ultimate source of something. Here, Sesame is worried that viewers of the movie will confuse the movie as being associated with Sesame Street, the children’s brand.

To further their argument, Sesame Workshop claims they have received social media outbursts from angry viewers who believe that Sesame Workshop is somehow related to the new movie. The description of the new film reads “When the puppet case of an ‘80s children’s TV show begins to get murdered one by one, a disgraced LAPD detective-turned-private eye puppet takes on the case.”

When Sesame reached out to STX Productions to request that Sesame’s name be removed from the film they were met with a hard no. Sesame Workshop has said “We take no issue with the creative freedom of the filmmakers and their right to make and promote this movie, rather this is about how our name is being misused to market a film with which we have no association.”

As of this writing, Sesame Street lost an initial request for a temporary restraining order because they failed to demonstrate the movie’s tagline “No Sesame. All Street.” might confuse moviegoers.  The lawsuit is still ongoing.

[This article was prepared and written by Ashley Winslow, our intellectual property rookie.]