Female Inventors Who Followed Their Vision

This Women’s History Month, Wilson Dutra is celebrating some of the most groundbreaking female inventors in U.S. history. We know that for many aspiring inventors and entrepreneurs, it can be a challenge to bring your innovations to life. The stories of these visionary women inspire us, and we hope they’ll inspire you to never give up.

Women, especially women of color, historically lacked the resources to file patents and market their inventions. They often lacked proper representation when their ideas were stolen or when they were not properly credited by male inventors. With unrivaled levels of tenacity and determination, these female inventors showed us how they pursued their vision with confidence—and made a big impact on how we live today.

Josephine Cochran: Inventor of the Dishwasher 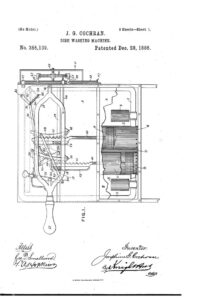 Josephine Cochran had the genes of invention, literally. Her grandfather John Fitch invented the first patented steamboat in the U.S. Despite the many challenges she faced, she never lost her thirst for innovation. In 1885, this widowed mother of two was left with just $1,500 and steadily rising debt. She became frustrated with washing her china by hand and sought a way to automate the chore hands-free. That year, after tremendous hard work, she built her first prototype for a dishwasher and filed a patent under the alias “J.G Cochran.”

By the end of 1886, she received her first patent for her “Dishwashing Machine” and brought her prototype to life. Though she was not the first to invent a dishwashing machine, Cochran’s stood apart from predecessors as it used water pressure, rather than scrubbers, to clean dishes. Her machine also had racks specifically fitted to hold dishes in place, which modernized the appliance. In 1893, Cochran debuted her invention at the Chicago World’s Fair, which had over 27,000,000 visitors. In the 1880s, Margaret Wilcox was a trailblazer in the field of mechanical engineering, working to design machines to make life easier and more convenient. A prolific inventor, she had filed previous patents before, but only under her husband’s name, as it was illegal for women to do so at the time.

Living in the Midwest and traveling by train, she saw how passengers suffered from the freezing winter temperatures. She sought to find a solution to make passengers more comfortable. Wilcox presumed that because engines created heat, she could invent a channel that connected the air from the engine back to the rail cars. By 1893, women were legally allowed to file patents and she received her very first for that idea. Over the next 40 years, her car heater became implemented into public transportation and was finally adopted by the Ford Auto company into personal vehicles in 1929. 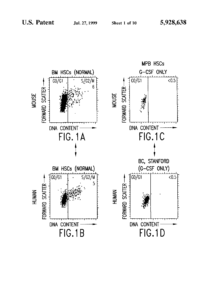 Ann Tsukamoto has contributed to some of modern society’s greatest advancements in the medical field. She is considered a leading figure in the STEM (science, technology, engineering, and math) field with seven patents in the area of stem cell research and five pending patent applications. Stem cells have been highly valuable in the medical field for their restorative properties and myriad of uses in research. Tsukamoto is credited with discovering blood stem cells and inventing a way to isolate them. In 1990 and 1997, she was awarded patents based on her discoveries.

Her contributions are especially vital to cancer research, which extensively uses stem cells. Without Tsukamoto’s research, many advances in disease prevention and treatment would not be available. In addition to her impact on cancer research, Tsukamoto has filed other patents for identifying and isolating pancreatic and liver stem cells, and editing genes within neural stem cells.

Get Started With Your Idea Today

Every entrepreneur deserves to protect their big idea—no matter who they are or what challenges they face. At Wilson Dutra, we navigate the filing process on your behalf and answer all your questions along the way. Our clients pursue their vision with confidence as they secure their place in the market. Book time with us to discuss your innovative idea.