Honoring Black Inventors Who Pursued Their Vision with Confidence

In honor of Black History Month and Inventors Day, we highlight revolutionary Black inventors who paved the way for so many others this month.

These great thinkers faced obstacles that their white counterparts did not. Black inventors have experienced discrimination when seeking patent protection throughout various time periods in history and have resorted to measures like concealing their race or having others submit applications for them in order to do so.

Challenges like these, however, did not stop them from boundless innovation.

At Wilson Dutra, we know their message is clear. As long as you pursue your vision with confidence, you can achieve anything. These Black inventors did so and their inventions continue to have a huge impact on how we live today.

Let’s take a short tour through some of these innovators and their inventions, shall we?

George Washington Carver is an important figure in the field of farming and soil technology. This agricultural scientist and inventor developed hundreds of products using peanuts, sweet potatoes, and soybeans.

After years of growing cotton, Carver noticed that the yield began to mysteriously decrease. Through his work on soil chemistry, he discovered that cotton had drained essential nutrients from the soil over time. This is what caused the sudden tank in cotton production.

From there, Carver worked to reverse these effects. Through his research, he found that soil could be renewed by growing “nitrogen-fixing plants” such as peanuts, soybeans, and sweet potatoes. This breakthrough would revolutionize farming as we knew it.

As a result of this science, product yield increased dramatically when the land was reverted to cotton just a few years later.

In addition to this crucial contribution, to further help farmers, Carver invented the Jessup wagon. This kind of mobile (horse-drawn) classroom and laboratory was used to educate others on soil chemistry to employ best practices for their farm. 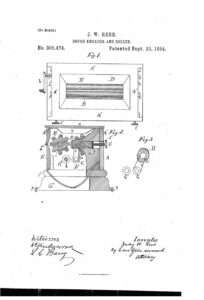 This female Black inventor paved the way for many others that came after her. Judy W. Reed is considered to be the first African American woman to receive a United States patent.

In early 1884, Reed submitted a patent application for a new and improved dough kneader, which would be coined “Dough Kneader and Roller.” This tool would make a baker’s life a breeze, allowing dough to mix more thoroughly and evenly as it moved through two interlaced rollers. From there, the dough then dropped into a capped container that kept it fresh and ready for use.

Nine long months later, Reed finally received her patent. Surprisingly, beyond her contribution to kitchens worldwide, there is no further record of her life. 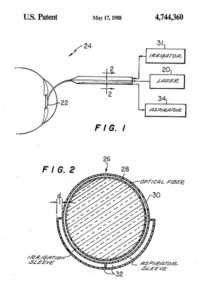 Dr. Patricia Bath changed how ophthalmologists approach cataract surgery with her invention of the laserphaco. The new device called the laserphaco probe, and the technique associated with it, worked to remove cataracts.

Once she configured a working device, Bath could apply for a patent. However, when the idea first came to her in 1981, the technology required was ahead of its time. It took her almost five years to complete proper research and testing to create a functional model.

Dr. Bath’s new, advanced device restored the sight of several patients who had been blind for over 30 years. The medical miracles didn’t stop there. Even today, doctors use the laserphaco probe to effectively improve vision for their patients all over the world.

Credited for his efficient approach to keeping our streets clean, American inventor Charles B. Brooks is best known for his patented improvements to the street sweeper in 1896.

Though the self-propelled front-brush sweeper was already in existence, Brooks’ made vast improvements. Of these advancements, the receiving pan was the most iconic, which moved collected debris onto a belt, releasing it into a discard tray.

Not only were new front brushes approved with this patent, but a snow and ice scraper was also added as an option as well.

In December 1899, Dr. George F. Grant, a dentist from Boston, received U.S. patent No. 638,920 that had nothing to do with his profession. Despite that, he would soon be recognized for the world’s first golf tee – a wooden spike with a pliable rubber peg for the ball to rest on.

Even though he is credited with the invention of the golf tee, he never profited from it. Grant used some of the tees and gave others to friends before passing away in 1910. 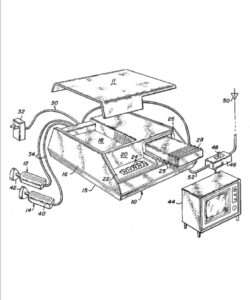 This one is for all the gamers out there. Without Jerry Lawson, an engineer and game designer, it is likely that we wouldn’t have the Wii, Xbox, or Playstation consoles we worship today.

In 1976, Lawson helped develop Fairchild Channel F, the first cartridge-based video game console released for commercial sale. It featured an eight-way digital joystick which would later be used for the popular Atari’s console, and it introduced the first-ever “pause” function, which comes in handy for avid gamers everywhere. 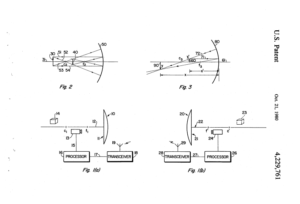 After working at NASA for over 30 years, Valerie Thomas made her mark on the scientific universe. She had the brains to create real-time computer systems, conduct huge experiments, and manage many operations, projects, and facilities. One project, in particular, led to her greatest innovation. While working with NASA’s image processing systems, Thomas’ team created the first satellite to send images from space. They called it “The Landsat.”

Thomas began experimenting with an illusion transmitter in 1977. In 1980, she patented it. In operation,

both ends of the transmission are set up with concave mirrors. The effect of this is an optical illusion of a 3-dimensional image that looks natural on the receiving end.

This brilliant innovation placed Thomas among the most prominent Black inventors of the 20th century.

Throughout history, Black inventors have significantly impacted the development of modern-day conveniences and technology. We honor their contributions not just during Black History Month but every day.

Our team, skilled in patent law and trademark law, will work with you hand-in-hand to make your vision a reality. Let’s have some fun. Contact us today for intellectual property services in Jacksonville, FL.

Submit your query and we'll get back to you after we've completed our knock-out search with next steps recommendations.